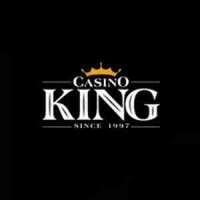 Get up to 100% up to€100! Welcome Package
Players from Germany accepted
Register today and Get Up To $600 Welcome Bonus on 5 deposits
Vist Now
T&Cs Apply
18+ Full T&C’s Apply
Home » Casinos Online » Casino King

Casino King is an online casino licensed with Gibraltar, and United Kingdom, and owned by Martingale Europe LTD runs on the Playtech software and is TST Labs Certified for fairness of games,

Casino King is an online casino that is owned and operated by ElectraWorks Limited. It is a regal gaming portal that prides itself on its royal treatment of online players. Powered by Playtech, the world’s largest developer of casino games, this casino has been in operating since 1997 and is renowned as a quality gaming site that is highly rated due to its service excellence and business integrity.

The Casino King site has undergone a facelift that instantly appeals to players, with a Red and Gold color scheme that not only carries the “Royalty” theme but also serves to attract the eyes to all the right places. All the information players needs are right at their fingertips so they won’t have to hunt high and low searching for what they want to see. The site is also available in many languages meaning players have the option of viewing it in the native language.

Casino King is licensed to operate by the gambling jurisdiction of Gibraltar, and the United Kingdom, which is a license known for being quite active with casino-player relations. Casino King doesn’t accept players from the US.

Casino King’s new player bonus is up to a maximum of £300 and is typically spread over 5 deposits. The first is a doubling bonus of up to £100 while the second is not quite as attractive as it amounts to a maximum of up to £200 or 50%. This entire amount, that is, the play bonus plus deposit, must be played through at least 20 times. Players also need to note that many of the games on offer do not necessarily count towards the bonus betting requirement, and they include Baccarat, Roulette, Black Jack surrender, and Craps. Perusing through the conditions that come with every bonus is therefore mandatory for all intending to use the new player bonus.

Casino King operates a “refer a friend” program in which players get to receive a 25% bonus on their friend’s first deposit if that friend purchases within 7 days after receiving an invitation. Also, the casino offers a variety of random surprise bonuses and its account managers are always quite generous. As such, there’s no telling when a player may find such a fantastic surprise waiting for them in the player accounts.

Players who want to ensure they’re getting a fair game can rest easy in the knowledge that the Casino King software which is powered by Playtech has already been thoroughly tested before reaching the casino. Playtech games mean both variety and the finest quality in addition to being compatible with most gaming platforms. So, regardless of the operating system in use, players can play the games via an instant play version that allows them to play directly on their web browsers, or through a downloadable environment.

Moreover, Casino King has had TST perform its own independent audit of all the games on offer. This is done regularly and the results are published on the site. Players at Casino King have little to fear when getting their game on. The casino protects players by using extensive 128-bit SSL technology to obscure player data, making it virtually impossible for any person to steal that information as it goes from the player’s computer to the casino’s firewall-secured server.

As mobile devices become more sophisticated and more powerful, the games that are now available for play on most smartphones are a world away from five years ago. The world of mobile casino games hasn’t been left behind and neither has Casino King. This gaming provider hosts a mobile site where players can access great gameplay from among the most played casino games and slot titles on the go. Their mobile gaming suite is available on smartphones and mobile devices operating Android, IOS, and Windows platforms. Players don’t have to ever skip a beat from the pulse of mobile gaming.

Being powered by Playtech software, the gaming portfolio at Casino King is basically almost similar to every other Playtech casino in the market. However, it provides players with a selection of over 70 games that include Card Games [also with a Live Dealer function], Table Games, Slots Games, and progressives. The casino also offers players a wide array of slots that accommodate every player’s tastes. Some of the more popular video slots include Marvel Comics games like X-Men, Kong, The Pink Panther, and Deal or No Deal among others. There are several dozens of games to try out for players who prefer 3-reel classic games, and some even pack progressive jackpots as well as unique bonus elements.

Players who love playing at the tables are certainly considered too as they get to enjoy a wide range of card games, dice plus other specialty game categories. Players are welcome to wager on any of the casino’s roulette or blackjack variants, or even try a hand at other favorites such as craps, red dog, casino pokers, or casino war. Casino King also hosts multiple video poker titles to keep all enthusiasts entertained: from 2 Ways Royal to Joker Wild, players may delve into single-hand and multi-hand variants of their favorite video poker games.

Even though the selection of games at Casino King quite is good, one thing that has really set them apart and above many other online casinos is how helpful their customer support service team is. Players can contact service representatives 44/7 through an online Live Chat service. The casino also accepts inquiries via both toll-free telephone calls and email, and the customer support team is comprised of a large number of experienced professionals who have a background in support and have a full working knowledge of Casino King. Replies to any questions or concerns players may have are usually prompt. 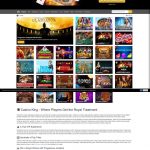 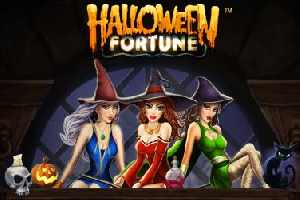 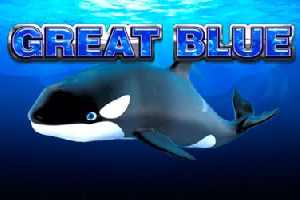